AUTHENTIC THAI CUISINE... WITH A TWIST!

Twist on Cafe is the best Thai restaurant in Hopatcong. We serve authentic Thai cuisine, as our owners are from Thailand. From soups and salads to curries and noodles, our Thai cuisine is made from imported sauces and spices from Thailand. Continue reading below, and then call today for Thai take-out or dine in!

THE KEY DIFFERENCES BETWEEN AMERICAN THAI AND TRADITIONAL THAI FOOD

In America, everything is super sized. It has to be or Americans would not buy it. This is most definitely a cultural thing, as Americans like to feel that they are getting their money’s worth. Hence, it’s not just particular to Thai cuisine, but this cultural norm has spread to American Thai food.

Most people know that living in Thailand is very cheap, which is why it’s a popular tourist location. If you visit Thailand, you can expect that your American dollars will go far. However, this exact same food that you paid for in Thailand for pittance is now expensive here in the United States.

Americans love their meat here in the United States. Hence, when they order Thai food, they expect a good portion to be in the form of some sort of protein. In Thailand, the same Thai cuisine you would order there would have very little meat in comparison.

That being said, it’s the opposite case with rice. In Thailand, most Thai food comes with a huge portion of rice; whereas, in the United States, you get less rice. Part of this is due to economics. Rice is cheaper in Thailand, being that it grows everywhere in Asia, and meat is more expensive. In the United States, meat is cheaper comparatively speaking. Also, due to the difference in standards of living, more Americans can afford meat than Thais in Thailand.

Thai food is famous for being heavy on herbs, spices, and flavors. In fact, most Thai chefs experiment regularly with meals in the quest for constant improvement in flavor and aroma. However, in the United States, Thai food is lacking in herbs. That’s not to say there aren’t any herbs; there are just much less than in Thailand. This leads to Thai food in America being bland.

Twist on Thai Cafe in Hopatcong offers the best Thai food around. Full of flavor, nice-sized portions, and loaded with meat, we believe we have combined the best of Thai food from Thailand with what you want here in America. We don’t swap out taste or texture for convenience. Our Thai cuisine is healthy, aromatic, and sure to fill you up. If you choose to dine-in, we are a BYOB (bring your own beer) establishment, meaning you can bring your preferred alcoholic drink to enjoy. Call us today for your authentic Thai cuisine! 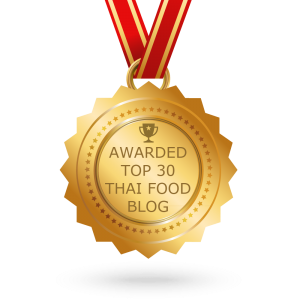